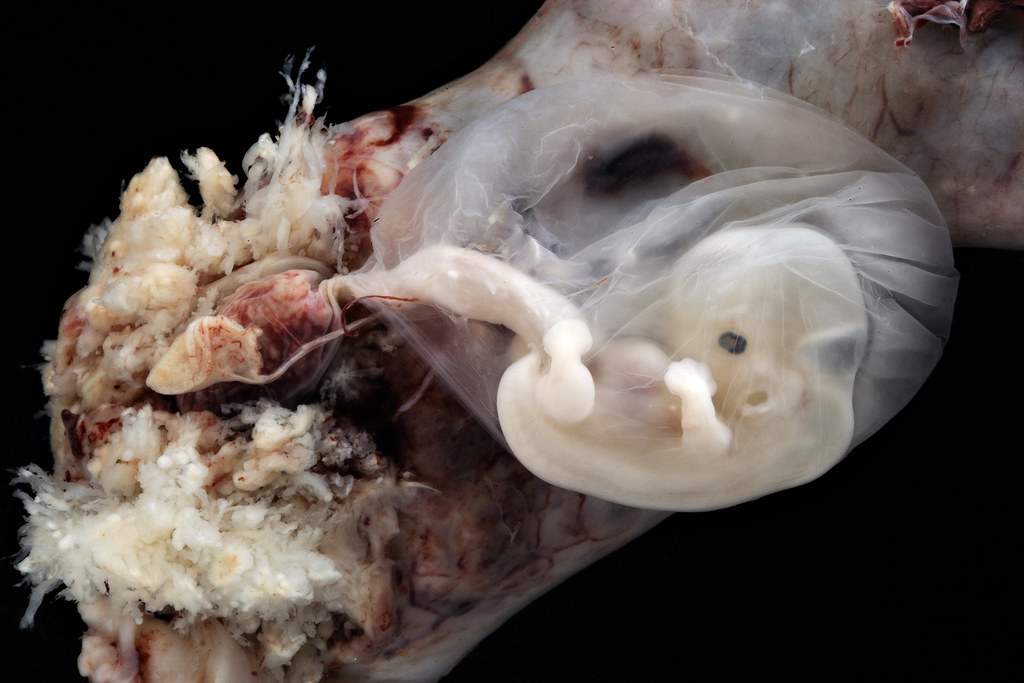 The first week of development

Ovarian cycle: At puberty, in every month ovary shows a cyclical change under the influence of gonadotropin-releasing hormone, from the hypothalamus. GRH acts on the anterior pituitary to release FSH and LH. The changes in the ovary every month known as the ovarian cycle.

Ovulation: shedding of the secondary oocyte (graffian follicle of ovum) with surrounding granulosa cells by rupturing the ovarian wall into the abdominal cavity is known as ovulation.

Clinically: ovulation can be felt by ovulation pain and increased body temperature 1 F

After ovulation, granulosa cells remain in the wall of the ruptured follicle together with cells from theca interna, become vascularized and develop and a yellowish pigment called Corpus luteum.

Function: secrete progesterone and maintain the secretory stage of menstruation.

Fertilization: It is the process by which mature male gamete fused with the mature female gamete to form a zygote in the ampullary region of the uterine tube. ( Because it is the widest part of the tube and closed to the ovary)

Cleavage: It is the process by which one cell zygote undergoes a series of mitotic divisions.

Blastomere: The cells which become smaller with each cleavage division are known as blastomere.

Morula: 16 cell stage is known as a morula.

Blastocyst: When fluid begins to appear in the intercellular spaces of the inner cell mass, they confluent to form a single cavity, blastocele, at this time the embryo is called the blastocyst. The Zona pellucida disappears.

Implantation: it is the process by which blastocyst embedded on the mucus membrane of the uterine wall.

Site: It occurs on the anterior or posterior wall of the uterus near the fundus. On the 6th day of development.

Ectopic pregnancy other than the uterus

Decidua: Endometrium of the uterus at the time of pregnancy is known as decidua.

Decidual reaction: During pregnancy, cells of the endometrium become polyhedral, loaded with glycogen and lipid, intercellular space filled with extravasate and the tissue is redementus . These changes are known as a decidual reaction.

Gastrulation: The process that establishes all three germ layers (ectoderm, mesoderm, and endoderm) in the embryo is called gastrulation.

Neurulation: The conversion of the neural plate into a neural tube by folding is known as neurulation.

Due to the influence of notochord, overlying ectoderm thickened to form the neural plate. The lateral edges of the neural plate become more elevated to form neural folds and neural groove forms in the mid-region. Gradually neural folds fused and neural tube formed. Cephalic opening (24th day) of the neural tube is known as cranial neuropore. And caudal opening (27th day) is known as caudal neuropore. Finally the neuropore is closed.

The fate of the neural tube: The cranial portion becomes the brain and caudal becomes the spinal cord.

Neural crest: cells of the lateral border or crest of the neuroectoderm is known as neural crest.

Somite: segmental blocks of paraxial mesoderm are called somite. There are 42-44 pairs of somites.

Each somite has its own sclerotome, myotome, and dermatome.

Surface: fetal surface – smooth, covered by the amnion, and present the attachment of the umbilical cord.

Urachus: when the lumen of the allantois is obliterated a thick fibrous cord remains and connects the apex of the bladder with umbilicus is known as urachus.

Decidua: Endometrium of the uterus at the time of pregnancy is called decidua.

Allantois: As a result of cephalocaudal and lateral folding of the embryo, a portion of the endoderm lined cavity remain outside the embryo known as the allantois