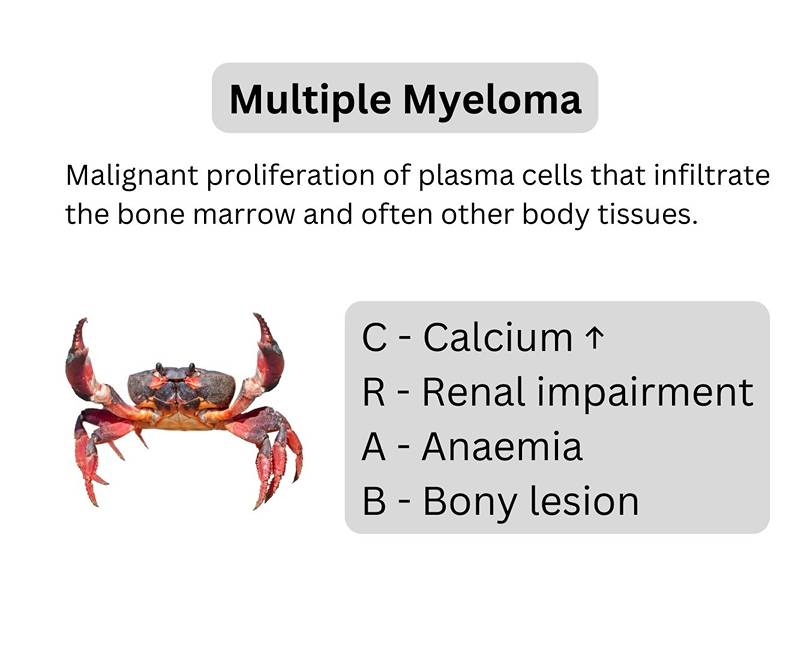 It comes under immunoproliferative disorder.

There are 3 major types of Proliferative disorders.

It is defined as a group of disorders arising from the abnormal proliferation of a single clone of immunoglobulin-secreting cells giving rise to paraproteinaemia.

Paraproteinaemia is a disorder characterized by abnormal proliferation of immunoglobulin-producing cells due to the neoplastic behavior of B-Lymphocytic series with an increase in serum level of homogenous immunoglobulin (monoclonal IG) or its fragments.

Paraprotein is the presence of a monoclonal immunoglobulin band (M-band) in the serum. It reflects the synthesis of immunoglobulin from a single clone of plasma cells.

Multiple myeloma is a chronic, progressive and fatal malignant condition in which the fundamental abnormality is a neoplastic proliferation of plasma cells that infiltrate the bone marrow and often other body tissues.

It is a malignant proliferation of plasma cells.

Clinical features of Multiple Myeloma developed due to tissue infiltration, production of a large number of paraprotein, and impairment of immunity.

Myeloma is a disease of middle and old age (50-70 years), male predominance.

(Bone becomes soft due to infiltration and proliferation of myeloma cells causing destruction of medullary and cortical bone and causing osteolysis due to increased osteoclastic activity by a factor released by myeloma cells).

2. Anemia: Due to the dilutional effect of a large amount of paraprotein in circulation, depression of erythropoiesis by infiltration of myeloma cells in the bone marrow, and the effects of cytotoxic drugs.

3. Infection: Due to subnormal levels of normal Ig and suppression of the normal antibody

5. Renal insufficiency: Due to the deposition of antibody-derived materials in the kidney

6. Nervous system manifestations like quadriplegia, and paraplegia due to compression by collapsed vertebrae or myeloma tissue. 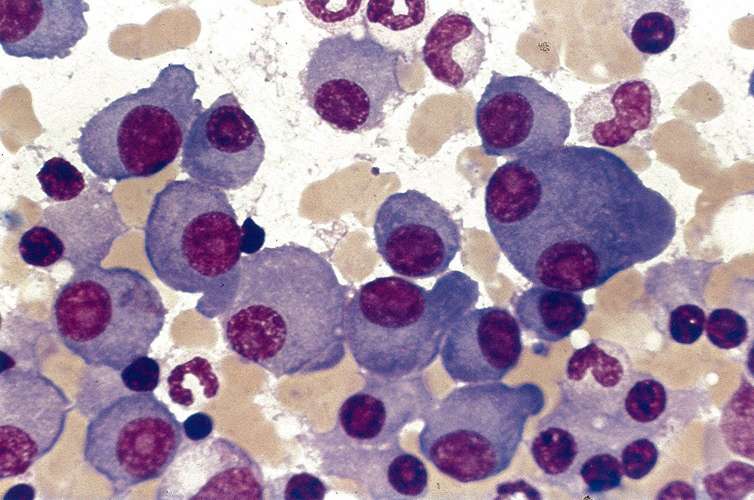 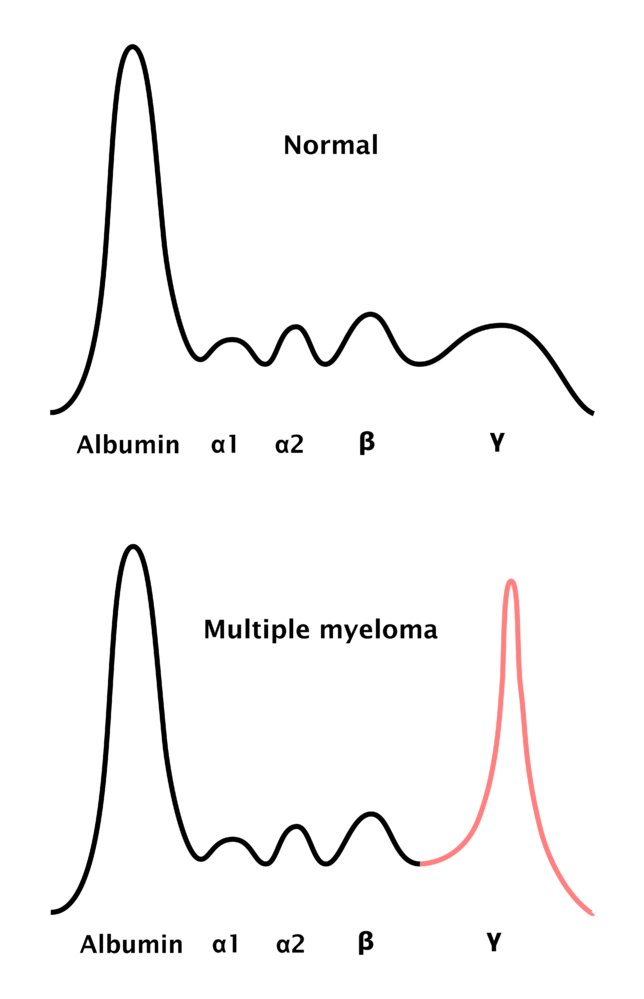 Fig: Electrophoresis in multiple myeloma - the monoclonal antibodies cause a peak in the gamma-globulin zone of the electrophoresis, which is termed M protein (also M component, myeloma protein, spike protein, and paraprotein).

Osteolytic lesions appear as multiple rounded discrete punched-out areas with no sclerosis at the margin. They occur most frequently in bones normally containing red marrow, particularly in the skull and pelvic bones. 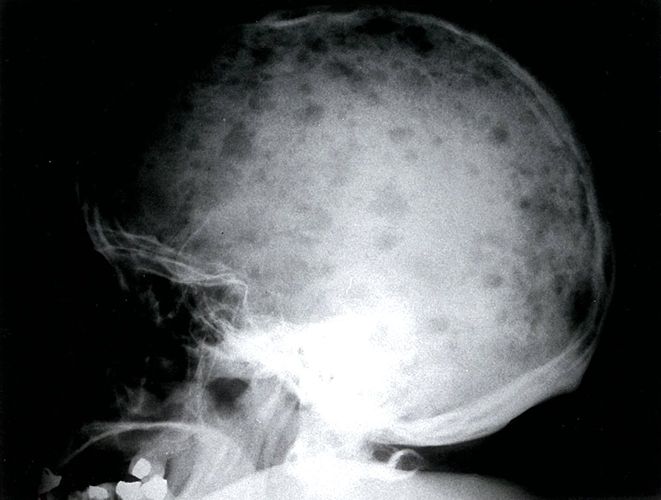 Fig: Multiple punched-out lytic lesions in X-ray skull of a patient with a history of multiple myeloma

2. Detection of monoclonal protein (M protein or paraprotein in serum or urine).

It is an immunoglobulin light chain either kappa or lambda, excreted in urine and found in various pathological conditions.