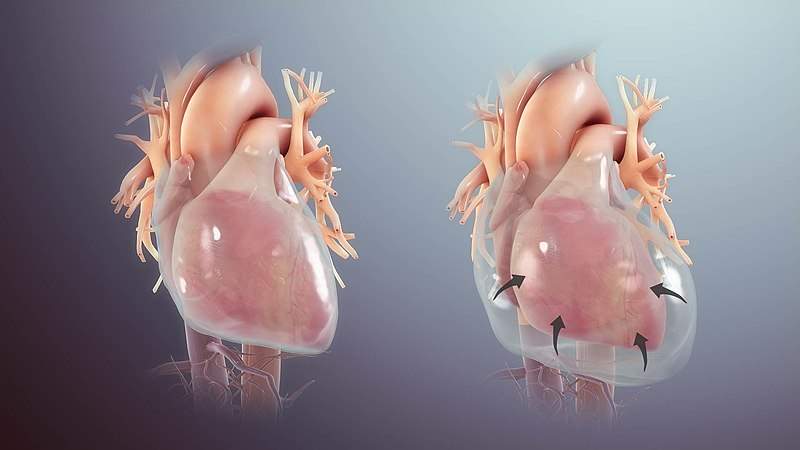 It is the fibro serous sac that encloses the heart and the root of its great blood vessel.

It is an outer single-layered fibrous sac

It is an inner double-layer serious sac. Its two-layer are:

1. Parietal pericardium: it is an outer layer

2. Visceral pericardium: It is an inner layer

Contents of the pericardium

Both fibrous pericardium and the parietal layer of the visceral pericardium are supplied by branches of the following artery:

The visceral layer of the serous pericardium is supplied by the coronary arteries.

Between the parietal layer and visceral layers of the serous pericardium, there are two sinuses

it is a transverse recess behind the ascending aorta and pulmonary trunk and in front of the SVC and superior pulmonary veins. It is developed due to the degeneration of the dorsal myocardium.

It is the horizontal passage between the two pericardial tubes. On each side, it communicates with the general pericardial cavity.