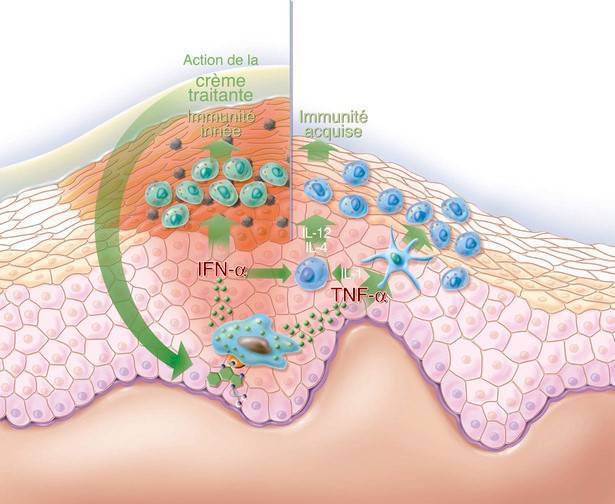 Inflammatory mediators are the substances that initiate and regulate inflammatory reactions.

A) According to the source:

B) According to chemical nature:

Vasoactive amines are so named because they have important actions on blood vessels. They are stored as preformed molecules in cells and are therefore among the first mediators to be released during inflammation.

Stimulation for degranulation of mast cell:

Arachidonic acid is 20 carbons polyunsaturated fatty acid (5, 8, 11, 14-eicosatetraenoic acid) that is derived from a dietary sources or by conversion of essential fatty acid Linoleic acid. 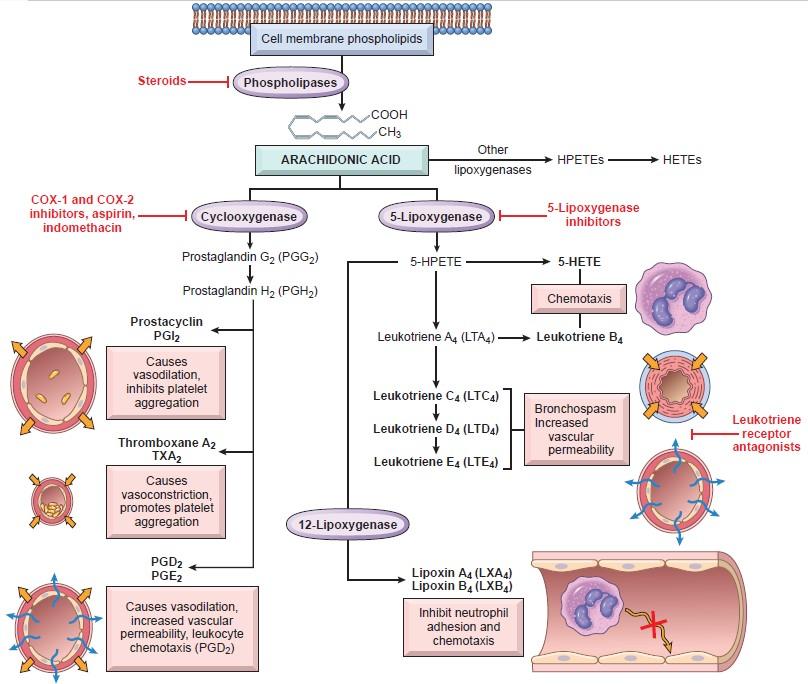 AA-derived mediators, also called eicosanoids (because they are derived from 20-carbon fatty acids; Greek eicosa = 20), are synthesized by two major classes of enzymes: cyclooxygenases (which generate prostaglandins) and lipoxygenases (which produce leukotrienes and lipoxins)

Prostaglandins are also involved in the pathogenesis of pain and fever in inflammation.

Pharmacologic Inhibitors of Prostaglandins and Leukotrienes

Cytokines are proteins produced by many cell types that modulate the function of other cells type. Eg: IL-1, TNF. 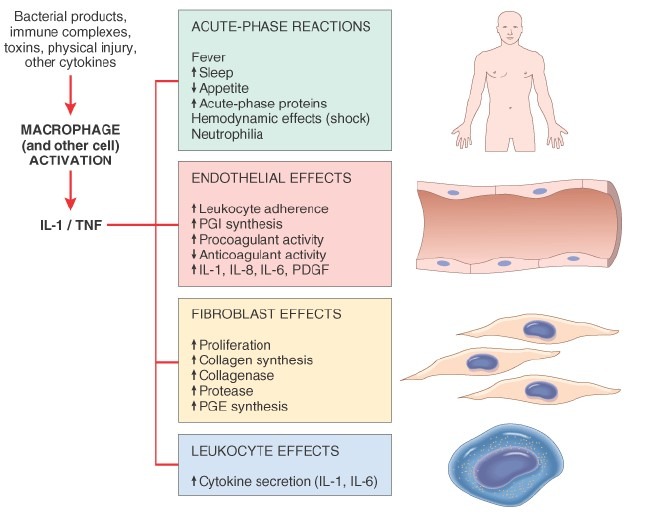 Chemokines are a family of small (8 to 10 kD) proteins that act primarily as chemoattractants.

NO or endothelium-derived relaxing factor because it causes vasodilation by relaxing vascular smooth muscle.

PAF is a phospholipid-derived mediator. Its name was initially discovered as a factor derived from antigen-stimulated, IgE-sensitive basophils that cause platelet aggregation, so name the PAF.

The function of Platelet-activating factor: 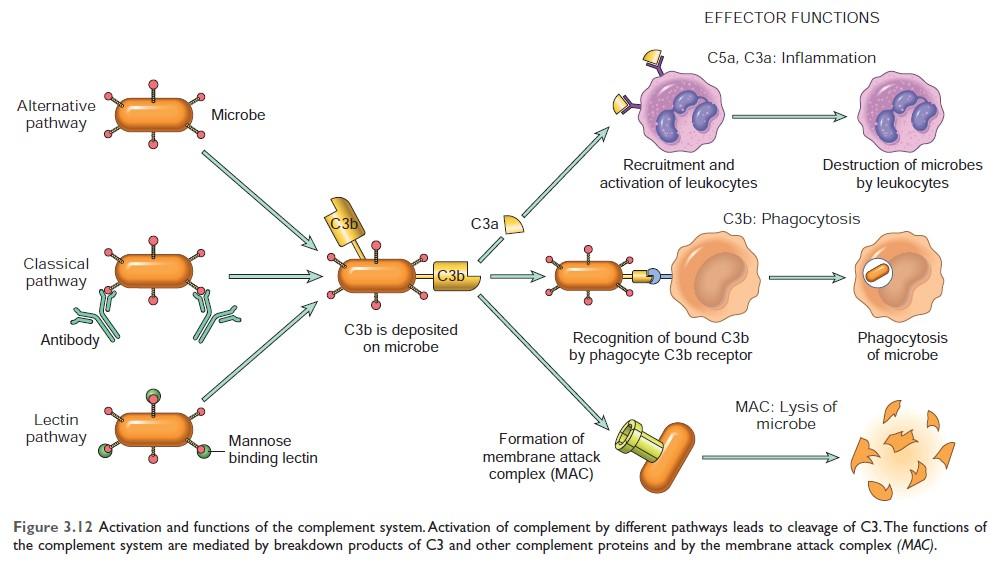 B. Opsonization & phagocytosis: C3b and iC3b (inactive C3b), act as an opsonin and promote phagocytosis.

C. Cell lysis: The deposition of the MAC on cells makes these cells permeable to water and ions and results in the death (lysis) of the cells. 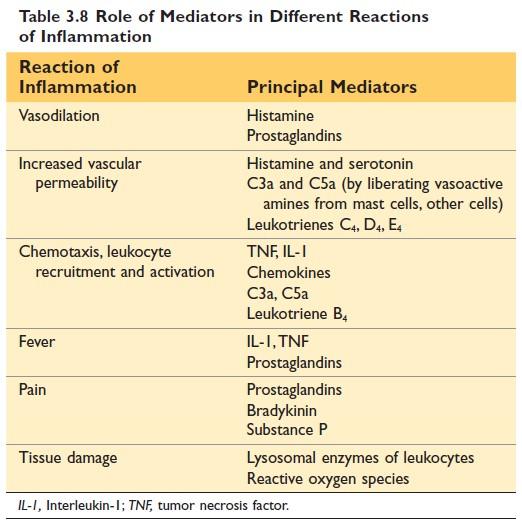 Figure: Role of mediator in inflammation