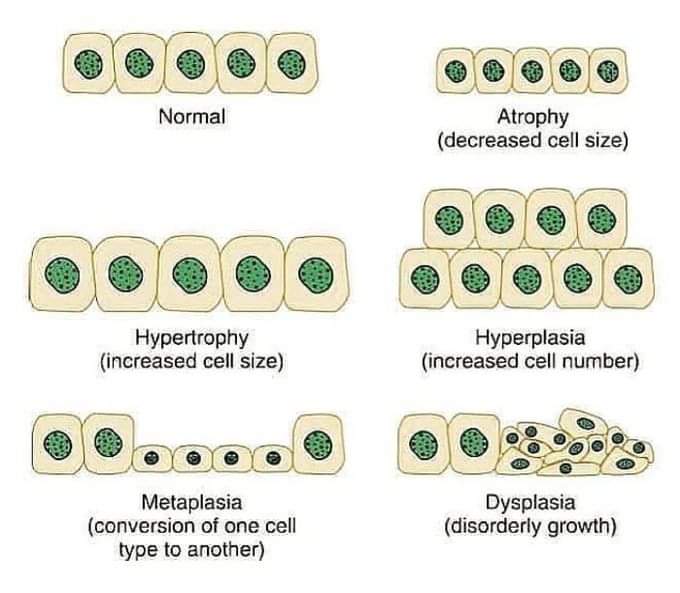 FIGURE 1- Stages in the cellular response to stress and injurious stimuli.

Adaptations are reversible changes in the size, number, phenotype, metabolic activity, or functions of cells in response to changes in their environment.

Hyperplasia is an increase in the number of cells in an organ or tissue in response to a stimulus. 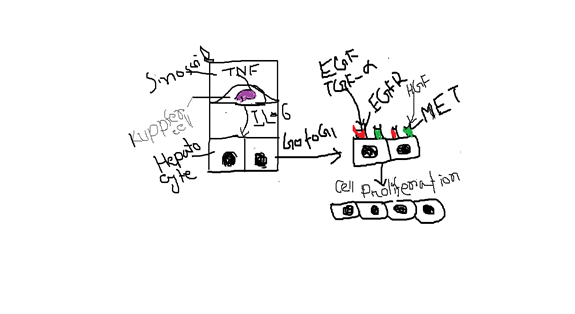 Fig: Liver regeneration by the proliferation of hepatocyte.

Mechanism of Hyperplasia from last edition

All these changes lead to production of transcription factors that turn on many cellular genes, including genes encoding growth factors, receptors for growth factors, and cell cycle regulators, and the net result is cellular proliferation.

Type of Cells that undergo Hypertrophy and hyperplasia:

General Cause:  increased functional demand or by stimulation by hormones and growth factors.

due to chronic haemodyanamic overlode caused by Hypertension or faulty heart valves.

2)  These signals originating in the cell membrane activate a complex web of signal transduction pathways.

3) These signaling pathways activate a set of transcription factors such as GATA4, nuclear factor of activated T cells (NFAT), and monocyte enhance factor 2(MEF2). These stimuli work coordinately to increase the synthesis of muscle proteins that are responsible for the hypertrophy.

Depends on the underlying cause and can be generalized or localized.

Causes of atrophy are the following:

When a broken limb is immobilized in a plaster cast or when a patient is restricted to complete bed rest, skeletal muscle undergo rapid atrophy.

Damage to the nerves leads to rapid atrophy of the muscle fibers supplied by those nerves.

The brain may undergoes progressive atrophy, due to atherosclerosis narrows its blood supply (senile atrophy)

Physiologic atrophy of the endometrium, vaginal epithelium, and breast due to loss of estrogenic stimulation after menopause.

The aging process is associated with cell loss, typically seen in tissues containing permanent cells, particularly the brain and heart.

Some of the cell debris within the autophagic vacuole may resist digestion and persist as membrane bound residual bodies in the cytoplasm. An example of such residual Bodies is the lipofuscin granules. When present in sufficient amounts, they impart a brown discoloration to the tissue known as brown atrophy. 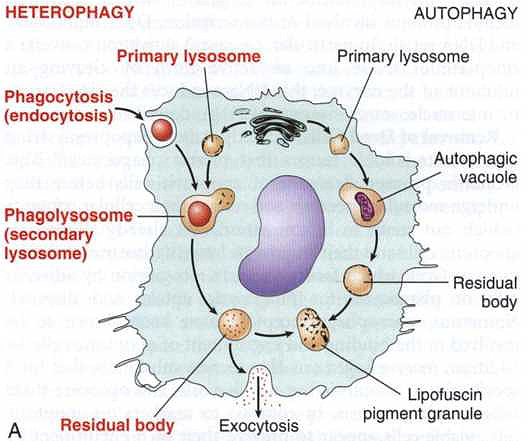 Metaplasia is a reversible change in which one differentiated cell type (epithelial or mesenchymal) is replaced by another cell type.

Normal ciliated columnar epithelium of trachea and bronchus is replaced by stratified squamous epithelium in habitual smoker in response to chronic irritation.

Stone may cause replacement of the normal secretory columnar epithelium by stratified squamous epithelium. 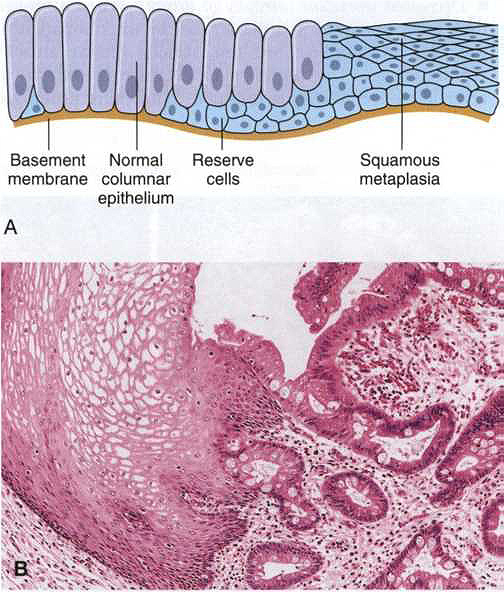 Example: occur in Barrett esophagus, in which the esophageal squamous epithelium is replaced by intestinal-like columnar cells under the influence of refluxed gastric acid.

Formation of cartilage, bone, or adipose tissue (mesenchymal tissues) in tissues that normally do not contain these elements.