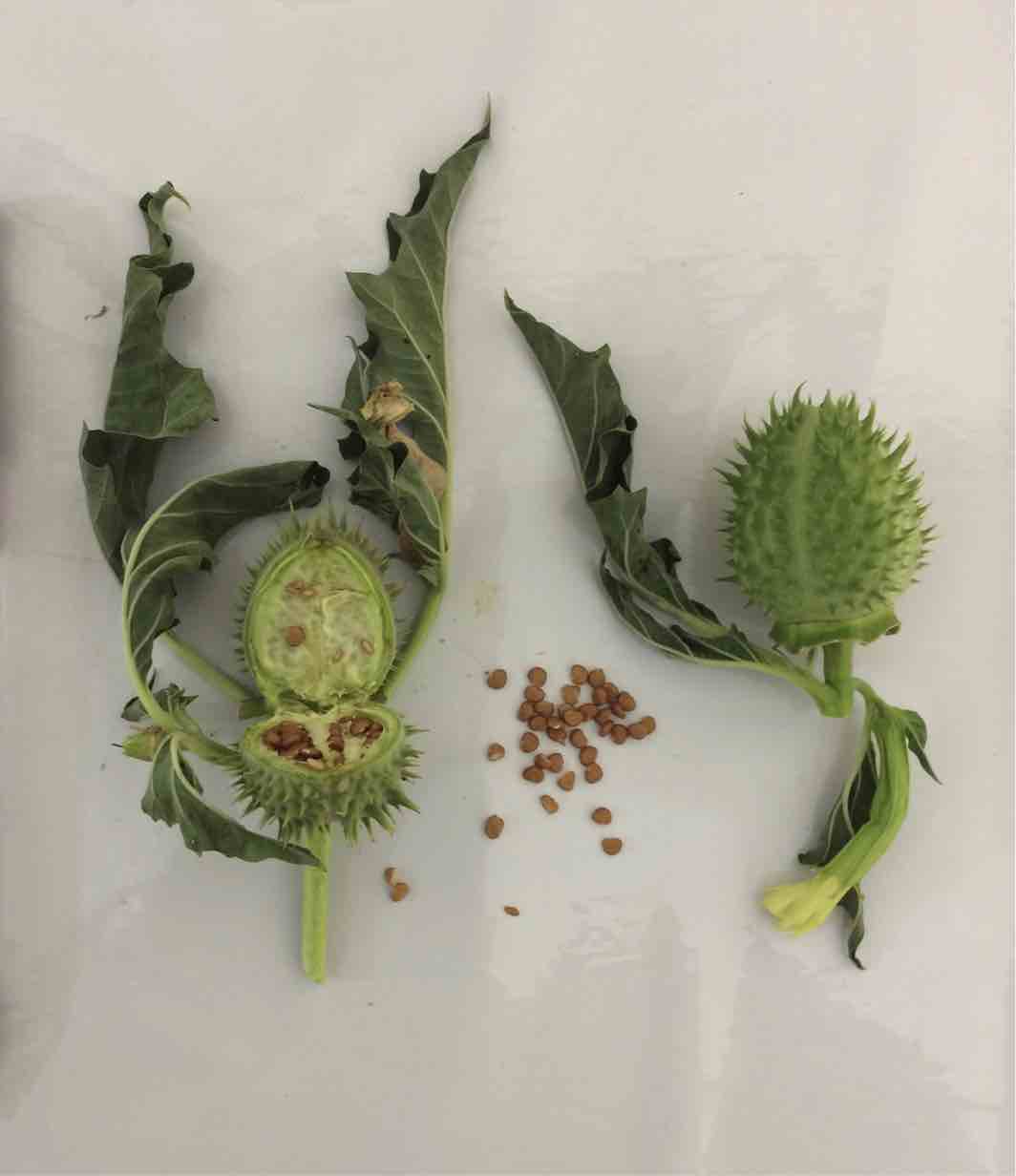 Delirium
It is a disturbance of consciousness in which orientation is impaired, the critical faculty is blunted or lost and though content is irrelevant or inconsistent.

Two varieties of this plant exist:

It grows in waste places all over India. The fruits are spherical and have sharp spines (thorn-apple), and contain up to 500 yellowish- brown seeds. The flowers are bell-shaped. All parts of these plants including nectar (honey) are poisonous, especially the seeds and the fruit.

They contain 0.2 to 1.4% of hyoscine (scopolamine), hyoscyamine, and traces of atropine.

An alkaloid is a complex substance having a nitrogenous base, and is found in various plants. Chemically, it behaves like an alkali in that it unites with acids to form salts.

The alkaloids atropine, hyoscyamine, and hyoscine first stimulate the higher centers of the brain, then the motor centers, and finally cause depression and paralysis, especially of the vital centers in the medulla.

The respiration is first stimulated, then depressed, and the heart center is stimulated. Peripheral effects are predominant and result from anticholinergic (parasympatholytic) action.

Signs and Symptoms of Datura Poisoning:

In the phase of the excitement of acute poisoning, ludicrous movement is observed, which is characterized by the Patient tries to run away from his bed, picks at the bed clothes, (carphologia), tries to pull imaginary threads from the tips of his fingers, threads imaginary needles.

Red like Beet: Flushing of the face followed by dilatation of cutaneous vessels.

(2) Wash-out the stomach repeatedly with a weak solution of tannic acid.

(3) Give activated charcoal and a cathartic.

(6) Pilocrapine nitratre, 5 mg. s.c. is useful, but it does not counteract the action of datura on the brain. It can be repeated after two hours.

(7) Morphine is to be avoided because of the danger of depressing the respiratory centre.

(8) Delirium can be controlled by bromides and short-acting barbiturates, but ether or chloroform is more beneficial.

(9) Light diet and free purgation should be carried on for 3 to 4 days to remove the seeds and to increase intestinal motility.

Q. How to understand, if the patient is given treatment in Datura Poisoning?

They are not characteristic but are those of asphyxia.
Seeds or their fragments may be found in the stomach and intestines.
The stomach may show slight inflammation and lung edema.
The seeds resist putrefaction for a long time.

Cause of death in Datura Poisoning (Ref Lecture)

(1) Crushed or powdered seeds or an extract is used by criminals for stupefying a victim prior to the robbery, rape, or kidnapping (Road poison)/Travelers Poison.

It is usually given in food or drinks, e.g., chapatis, curry, sweets, tea, liquor, etc., to travelers in railway stations, choultries, etc. Sometimes, the seeds are mixed with incense wood, and the victim is exposed to the fumes which cause lethargy. The victim soon falls into a deep sleep and later wakes up to find his belongings lost.

(4) It is sometimes used as an abortifacient.

(5) It is believed to have aphrodisiac properties.

(6) Accidental cases occur usually in children by eating fruits. The seeds and leaves are mixed with tobacco or ganja and smoked in a pipe.

(7) A decoction of seeds is sometimes added to liquor or toddy to increase the intoxicating property.

(8) It is sometimes used as a love philter.

A person suffering from the delirium of datura is not criminally responsible for his acts. 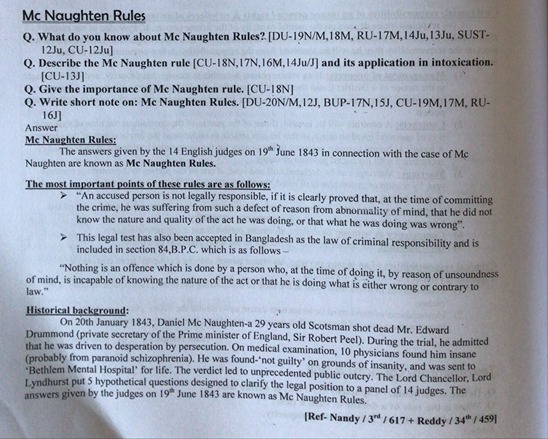 A drop of the solution to be tested is put into the eyes of a cat. The pupils dilate within half hour if datura is present, due to the presence of atropine. 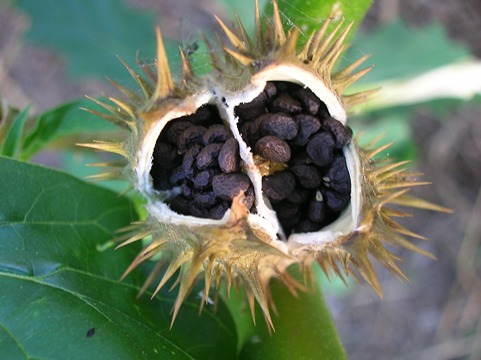 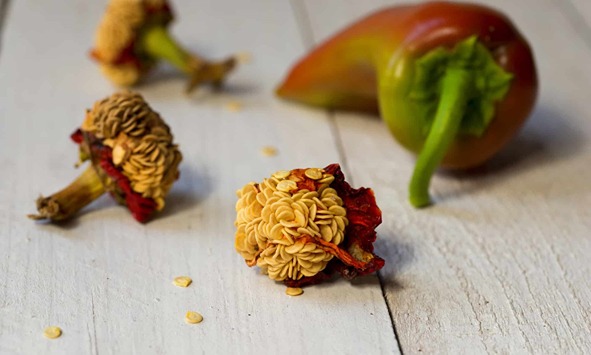 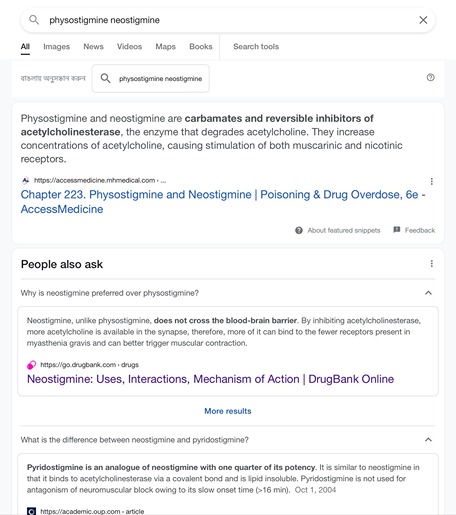 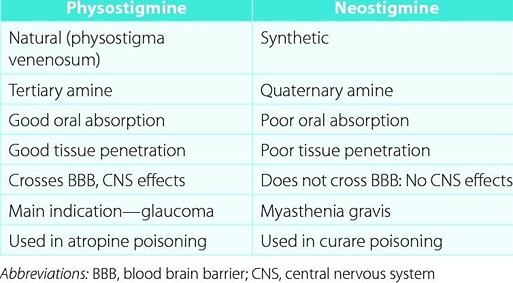