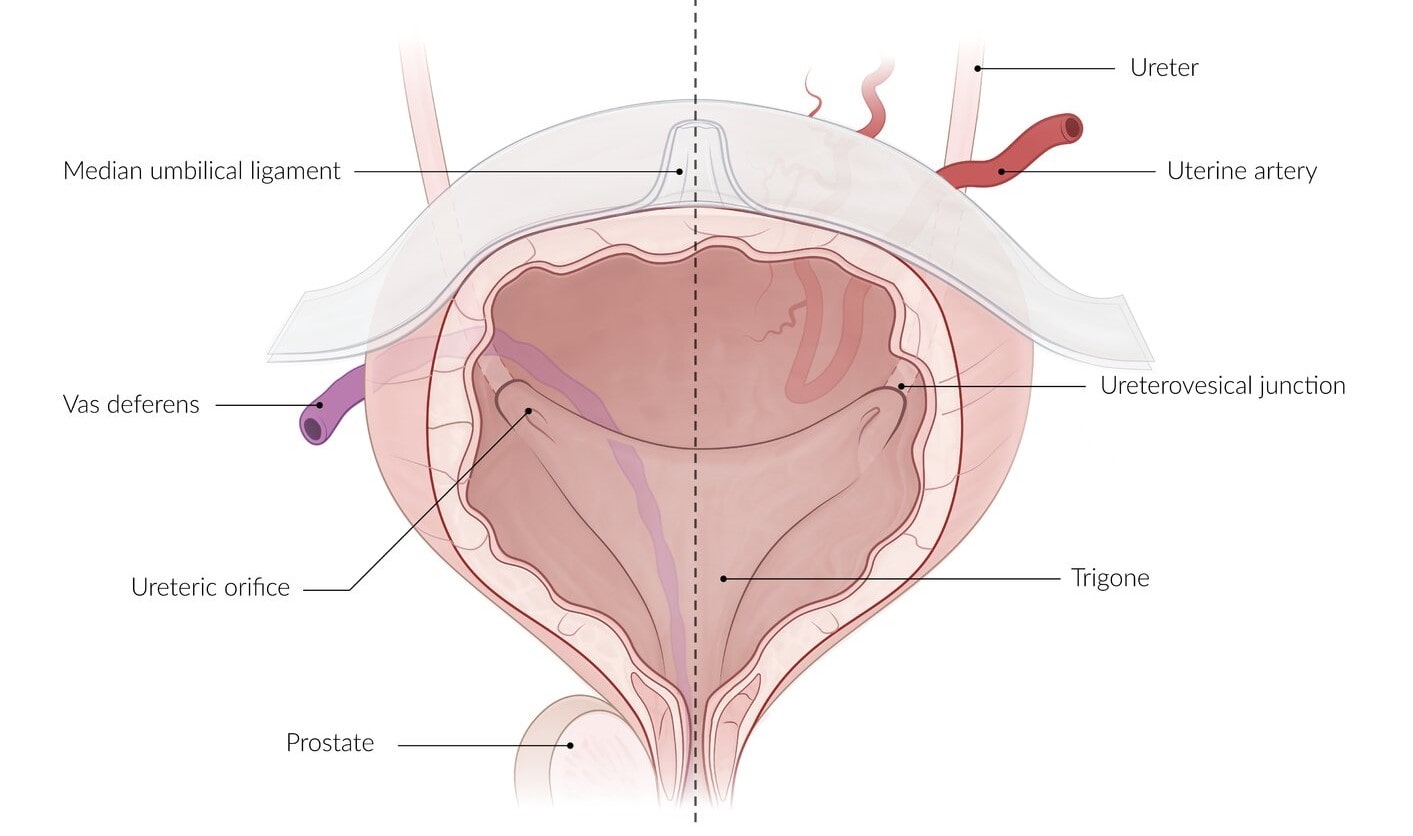 The urinary bladder is a muscular reservoir of urine, lying in the anterior part of the pelvis.

The location of the urinary bladder varies with the amount of urine it contains and with age:

When the bladder is empty it lies entirely within the lesser pelvis but when it becomes distended with urine, it expands upward and forward into the abdominal cavity

In children, the bladder is an abdominopelvic organ even when it is empty because the pelvic cavity is small and the neck of the bladder lies at the level of the upper border of the pubic symphysis.

Normally in adult males, the capacity varies from 120 to 320 ml.

The mean capacity is about 220 ml. An amount of urine beyond 220 ml causes a desire to micturate but the bladder is usually empty about 250-300ml

An empty and contracted bladder as seen in a cadaver is tetrahedral in shape and presents the following external features:

These are formed by the condensation of pelvic fascia around the neck and the base of the bladder and have a supportive function for the bladder.

These are peritoneal folds and do not have the supportive function as performed by true ligaments. They are seven in number.

Anteriorly there are three folds:

Posteriorly a pair of the false posterior ligament

INTERIOR OF THE BLADDER

In an empty bladder, the greater part of mucosa shows irregular folds (rugae) because it is loosely attached to the subjacent muscular layer.

Over a small triangular area, immediately above and behind the internal orifice of the urethra (trigone of the bladder), the mucous membrane is firmly bound to the muscular coat and therefore is smooth.

Superior and Inferior vesical arteries which are the branches of the anterior division of internal iliac arteries.

The veins of the bladder do not follow the arteries.

They form a complicated plexus on the inferolateral surfaces near the prostate called the vesical venous plexus.

Motor innervation: It is provided by the parasympathetic, sympathetic, and somatic fibers.

Clinically it presents as:–