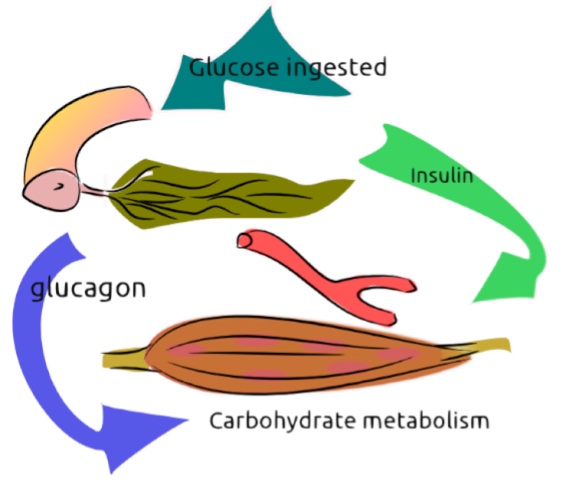 Q.1 What are the various pathways by which glucose is utilized?

Q.2 What is glycolysis? What are rate limiting enzymes of glycolysis?

Glycolysis can be defined as oxidation of glucose or glycogen to pyruvate and/or lactate.

The rate-limiting enzymes of glycolysis are:

Q.3 What is the role of O2 in glycolysis?

Q.4 In which part of the cell glycolysis occurs and where the enzymes are located?

Glycolysis occurs in the cytosol and enzymes involved are cytosolic (extramitochondrial).

Q.5.1 Name the steps of glycolysis where ATP is consumed.

ATP is utilized for phosphorylations:

Q.6 Which enzymes are required for phosphorylations?

Q.8 Which is the most energy-yielding step in the glycolytic pathway?

Q.9 What is the end-product of glucose oxidation by glycolysis?

Q.10 Name the inhibitors of glycolysis.

Arsenite: Inhibits phosphoglycerate kinase indirectly and no ATP is formed at the substrate level.

Q.11 Name the tissues which solely depends for energy from glycolysis.

Q.12 Enumerate the sources of pyruvic acid (PA) in the body.

Q.13 Enumerate the fate of pyruvic acid (PA) in the body.

Q.15 What is anaplerotic reaction or anaplerosis?

Q.17 How many ATPs are produced in glycolysis in the presence of O2 (Aerobic phase)? Explain.

Q.18 How many ATPs are produced in glycolysis in absence of O2 (Anaerobic phase)?

Q.19 What is the ATP yield under aerobic conditions?

A TCA cycle is the final common pathway for metabolism of carbohydrates, lipids, and proteins (IIIrd phase of metabolism). It is a cyclic process and involves a sequence of compounds interrelated by oxidation-reduction and other reactions which finally produce CO2 and H2O.

Q.21 How many ATPs are formed in the TCA cycle?

Q.22 State the over-all bioenergetics in complete oxidation of glucose/glycogen in glycolysis-cum-TCA cycle in presence of O2

B. Oxidative decarboxylation of P.A.:

Note: Under anaerobic conditions (in absence of O2):

Q.23 State the efficiency of complete oxidation of glucose.

Q.25 What is Rapoport-Leubering cycle or shunt (RLC or RLS)?

RLC/or RLS is a diversion in the glycolytic pathway in red blood cells. Conversion of 1, 3-BPG to 3 PG does not occur and ATP is not formed at substrate level. It forms 2, 3-BPG.

2,3-DPG reduces the affinity of oxygen with hemoglobin so, is responsible for normal oxygen delivery to peripheral tissues.

Q.27 What is the net energy change during the formation of 2-3-DPG in glycolysis?

Q.28 Why citric acid cycle is considered the common pathway for carbohydrate, fat, and protein metabolism?

Citric acid cycle is the common pathway for the metabolism of carbohydrates, fats, and proteins since it provides the complete oxidation of acetyl CoA to carbon dioxide and water. Acetyl CoA comes from all the three metabolism:

Hence citric acid cycle is the common pathway for the metabolisms of carbohydrate, fat and protein.

Q.29 What is the inhibitor of aconitase step in Krebs’ cycle?

Aconitase, which converts citrate to isocitrate is inhibited by fluoroacetate.

Q.30 Which step of Krebs’ cycle is inhibited by arsenite?

Q.31 What is the inhibitor of succinate dehydrogenase?

Succinate dehydrogenase is competitively inhibited by malunate and oxaloacetate.

Q.32 What is the peculiarity of succinate dehydrogenase?

It is the only enzyme of the TCA cycle which is found to the inner mitochondrial membrane, unlike others which are present in the matrix of mitochondria.

Q.33 Enumerate the vitamins which play an important role in the TCA cycle?

Q.34 What is oxidative decarboxylation?

Q.35 What is the oxidative decarboxylation product of pyruvic acid?

Q.36 What is substrate-level phosphorylation?

When energy is liberated without entrance to the electron transport system, it is termed as substrate-level phosphorylation.

Q.37 When substrate-level phosphorylation occurs in the TCA cycle?

When succinyl CoA is converted into succinate. One ATP is liberated by substrate-level phosphorylation.

Q.38 Can TCA cycle function in absence of O2?

TCA cycle cannot function in the absence of O2.

Q.39 Where are the enzymes of the TCA cycle located?

Enzymes of the TCA cycle are located in the mitochondrial matrix, either free or attached to the inner surface of the inner mitochondrial membrane, which facilitates the transfer of reducing equivalents to the adjacent enzymes of ETC.

Q.40 Succinyl CoA is an intermediate in the TCA cycle. How it is formed?

Q.41 State the inhibitors of the TCA cycle.

Q.42 What is the importance of OAA in the TCA cycle?

Q.43 What will happen to the TCA cycle if OAA is not available?

In the absence of OAA, the TCA cycle will not operate. Acetyl CoA will accumulate and will be diverted to form ketone bodies and biosynthesis of FA and cholesterol.

Q.44 Why TCA cycle is said to be amphibolic in nature?

Catalytic role:
The acetyl CoA produced by the metabolism of carbohydrates, lipids, and proteins are completely oxidized to produce CO2, H2O, and energy.

Q.45 What is the enzyme of the above oxidative decarboxylation reaction?

Q.46 What are the cofactors of the above reaction?

“Active” forms of PDH is the dephosphorylated form.
Insulin stimulates phosphatase enzyme and converts ‘inactive’ → to ‘active’ form by dephosphorylation.

Q.48 What is the inactive form of the PDH enzyme?

“Inactive” form is the Phosphorylated form catalyzed by the enzyme “PDH kinase”.
Following favor the formation of “inactive” form:

Pyruvic acid formed in the cytosol is not permeable to the mitochondrial membrane, it is transported to mitochondrion by a specific transport protein.

Q.50 What is the importance or metabolic significance of Hexose monophosphate shunt pathway?

Acetyl CoA is transported out in the form of citrate, an intermediate of the TCA cycle, to cytosol, as citrate is readily permeable to the mitochondrial membrane.

In the cytosol, citrate is cleaved by the enzyme citrate cleavage enzyme (ATP-citrate lyase) to acetyl CoA and OAA, so that acetyl CoA can be used for FA synthesis.

Q.52 In glycolysis, NADH is produced in the cytosol, but it is oxidized in ETC in mitochondria to produce ATP. NADH is not permeable to the mitochondrial membrane. Explain how it is achieved?

NADH produced in the cytosol by glycolysis transfers the reducing equivalents through the mitochondrial membrane via substrate pairs linked by suitable dehydrogenases by “shuttle systems”. Two such shuttle systems are:

Q.55 Name the tissues where the hexose monophosphate shunt pathway is active?

Q.56 What are the clinical problems do G-6-PD deficient persons have to face?

The patients with G-6-PD deficiency when given antimalarials like primaquine, they develop hemolysis.

G-6-PD is responsible for the maintenance of glutathione in reduced state. Moreover, when primaquine is given it leads to the generation of more free radicals. These two factors contribute to hemolysis.

Q.61 What is glycogenesis?

It is the formation of glycogen from glucose in the body.

Q.63 What happens to liberated UDP by glycogen synthase action?

UDP is converted to UTP again by the enzyme nucleoside diphosphokinase and is reutilized again for UDPG formation.

Q.64 What is the primer? How the first primer formed?

The first “primer” originally supposed to be synthesized on a protein backbone which is a process similar to the synthesis of other glycoproteins.

A pre-existing glycogen molecule or “primer” is a must, so that UDPG can add the glucose molecule to the outer end of a chain.

Q.65 How much ATP is spent by the body to add one glucose unit to the outer chain?

– One ATP is utilized in phosphorylation of glucose→ Glucose-6-P.

– Another ATP is used to convert UDP to UTP again.

Q.66 What is key and rate-limiting enzyme in glycogenesis?

Q.67 What are the active and inactive forms of the enzyme glycogen synthase?

Q.68 What is UDPG? What are its functions?

UDPG is uridine diphosphate glucose. It is an intermediate in glycogenesis. It is activated glucose which adds one glucose unit to a chain in ‘primer’ molecule, by α 1 → 4 glycosidic linkage.

Q.69 State the factors that bring about stimulation and inhibition of glycogenesis.

– Increase concentration of glycogen (by “feedback” inhibition).
– Increased cyclic AMP in the cells, which can be brought about by hormones viz.,

– Brings about phosphorylation of ‘GS’ enzyme with the help of ATP and thus GS ‘α’→ GS ‘β’ inhibiting glycogenesis.

Q.72 What do you know about branching and debranching enzymes?

Q.73 What is glycogenolysis?

The breakdown of glycogen to glucose is called glycogenolysis.

Q.74 Which is the key and rate-limiting enzyme in glycogenolysis?

Q.74.1 What are the active and inactive forms of liver phosphorylase?

Q.75 What are the basic differences between liver and muscle phosphorylase?

Q.76 Name the hormones which bring about glycogenolysis through increased cyclic AMP levels in cells.

Q.77 What is the product of phosphorylase activity on glycogen molecule?

Active phosphorylase in presence of inorganic Pi brings about phosphorolytic cleavage of α 1→4 glycosidic bond from the outermost chain of the glycogen molecule and glucose is released as glucose-1-P and not free glucose.

Q.78 What is the fate of glucose-1-P released by phosphorylase activity.

Glucose-1-P is converted to glucose-6-P by the enzyme phosphoglucomutase.

In the liver and kidney (not in muscle), glucose-6-P is acted upon by the enzyme glucose-6-phosphatase and free glucose is formed.

Q.79 Why glucose is not formed in muscle from glycogen break-down?

Q.80 How does glucagon action differ from catecholamines in glycogenolysis?

Catecholamines cause the breakdown of the liver as well as muscle glycogen.

But glucagon breaks down only liver glycogen and not muscle glycogen (as receptor for glucagon is not present in muscle).

Q.81 What is calmodulin?

Calmodulin is a Ca++ dependent regulatory protein that is specific for calcium. It is a flexible protein, with 4 binding sites for Ca distributed in 4 domains.

The process of formation of glucose from non-carbohydrate substances is called gluconeogenesis.

Q.86 State how glucose is formed from glycerol?

Q.87 Mention the sources of propionyl-CoA in humans.

Q.88 Show schematically how glucose is formed from propionic acid.

Q.89 What is the role of hormones in gluconeogenesis?

Glucocorticoids: stimulate gluconeogenesis by increasing protein catabolism in the peripheral tissues and increasing hepatic uptake of amino acids. It increases the activity of transaminases and other key enzymes concerned in gluconeogenesis.

Q.90 What are the enzymes concerned with the reversal of glycolysis, i.e. gluconeogenesis?

Q.91 How pyruvate is converted to glucose?

Pyruvate is converted to glucose by gluconeogenesis

Reaction is given as:

Lactic acid produced in the muscle reaches the liver through blood where it is converted to glucose by gluconeogenesis, which again becomes a source of energy for utilization. This process continues and is called the Cori cycle.

Q.93 Can muscle glycogen be the source of blood glucose?

Muscle glycogen cannot be a source of blood glucose, because it lacks an enzyme glucose 6-phosphatase.

Q.94 Give the breakdown products of glycogen.

Q.95 Name the six classical types of GSDs and indicate the enzyme deficiencies.

In von Gierke’s disease, there is a deficiency of Glucose-6-phosphatase.

In Mc Ardle’s disease, there is a deficiency of muscle phosphorylase.