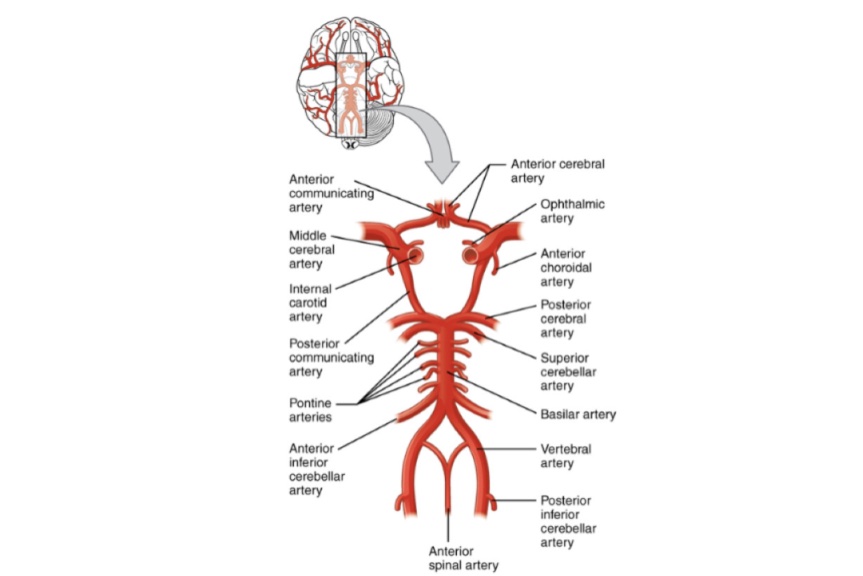 Q.2 What is the artery of Heubner?

Q.3 What are the branches of the basilar artery?

Q.4 Why the macular vision is often spared in thrombosis of the posterior cerebral artery?

Q.5 Which arteries of the brain are end arteries?

Q.6 What is the arterial supply of the cerebellum?

It is an arterial circle formed at the base of the brain by interconnections between the main arteries supplying the brain.

Q.8 What is the clinical importance of the ‘circle of Willis’.

Q.11 Thrombosis of central branches of cerebral arteries results in infarction. Why?

Because they are end arteries.

Q.12 What is the arterial supply of the cerebral cortex?

Q.13 What are the characteristics of veins supplying the cerebrum?

Q.14 How the basal vein is formed?

Q.15 How great cerebral vein is formed and terminates?

Formed by the union of two internal cerebral veins and ends in the straight sinus.