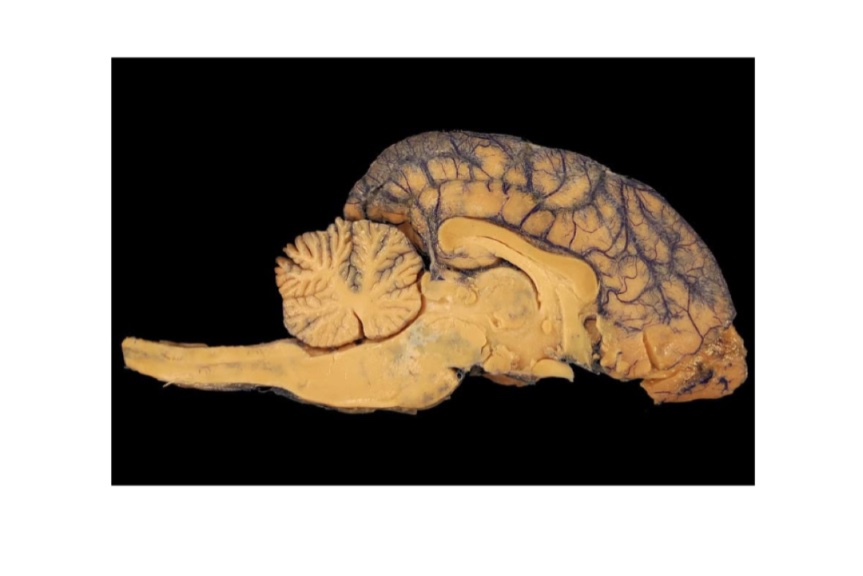 Q.1 What are the subdivisions of the midbrain?

It is the posterior part of the midbrain. It is made up of 4 colliculi, a pair of superior and a pair of inferior.

Q.3 What are the characteristic features of substantia nigra?

It is a lamina of grey matter, made of deeply pigmented nerve cells. Afferents are from the motor cortex and collaterals of sensory tracts. Efferents pass to the corpus striatum and tegmentum.

Q.4 What are the contents of crus cerebri?

Q.5 What are the connections and functions of superior colliculus?

Q.6 What are the subdivisions of the hindbrain?

Fourth ventricle is the cavity of the hindbrain.

Q.7 What are the constituents of the brainstem?

Q.8 Which cranial nerves are attached to the brainstem?

Q.9 Name the cranial nerve nuclei in the pons.

Q.10 What are the connections and functions of the reticular formation of the brainstem?

It is connected to all parts of the nervous system directly or indirectly. It receives impulses from the motor and other areas of the cerebral cortex and relays them to the spinal cord by lateral and medial reticulospinal tract. It is also connected to the cerebellum and thalamus. Fibers to the thalamus constitute an ascending reticular activating system.

Q.11 What is the medial longitudinal bundle?

Association tract, which coordinates movements of eyes, head, and neck in response to stimulation of the 8th cranial nerve. The nuclei of the 3rd, 4th, 5th, 6th, and 11th cranial nerve are interconnected by the bundle.

Q.12 What is the effect of the unilateral lesion in the lower part of pons?

Crossed or alternate hemiplegia, i.e. paralysis of face on one side and limbs on the other side.

Q.13 Name the lobes of the cerebellum.

It joins the two cerebellar hemispheres.

Q.14 What are phylogenetic divisions of the cerebellum?

Q.15 Name the contents of the superior cerebellar peduncle.

Q.16 Name the contents of the inferior cerebellar peduncle.

Q.17 What are the contents of the middle cerebellar peduncle?

Q.18 Name the cranial nerve nuclei in the floor of the fourth ventricle.

Q.19 How the lateral wall of the fourth ventricle is formed?

Q.20 How the floor of the fourth ventricle is formed?

Q.21 What is the effect of lesion in medulla oblongata?

The medulla contains the vital centers, i.e. respiratory, cardiac and vasomotor center. The lesion in the medulla will lead to the failure of vital functions especially, respiratory failure.