Mechanism of Action of Insulin and insulin glargine mechanism of action 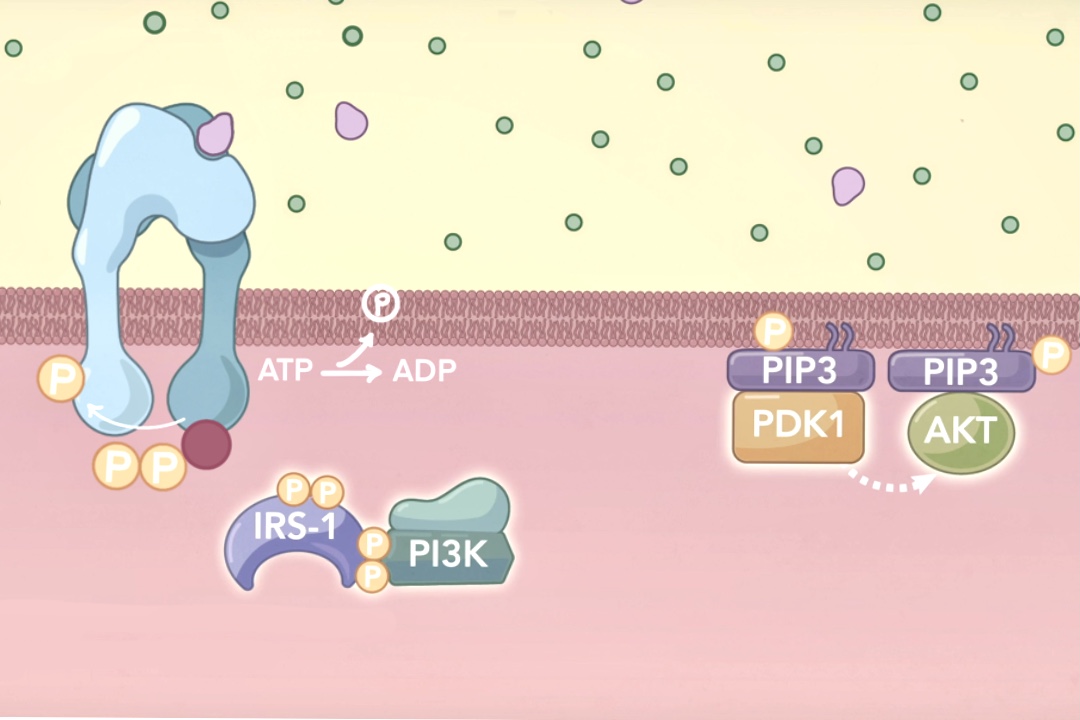 Mechanism of Action of Insulin and insulin glargine mechanism of action

Mechanism of Action of Insulin

Insulin, a major pancreatic hormone, acts on many tissues and organs in the body, including the Liver, Fat, Muscle to regulate blood glucose levels. Insulin Receptor plays a major role in maintaining glucose homeostasis.

Protein kinases are the enzymes, that transfer the phosphate group onto a target protein, thereby changing the protein function from inactive to active.
Usually, Adenosine Triphosphate, ATP is used as a source of phosphate donor. But, phosphorylation may not always activate the protein. Phosphorylated protein can either be Activated, Deactivated, Or, passes signals (forming signal cascade).

Protein Kinase can be classified according to the amino acid they phosphorylated. There are usually 3 amino acids upon which they act.

Key points to remember here are:

Receptors are the protein molecules, which are the polymer of amino acids.

Similarly, the Beta-subunit of the insulin receptor contains:

Mechanism of action of insulin

Here, we will look over the PI3K kinase pathway.

Insulin is an agonist at this receptor. After a meal, the concentration of glucose in the body, increases. In response, the pancreas secretes more insulin.

PIP3 activates the enzyme, PDK-1. PDK-1 leads to the activation, of the enzyme, AKT.  AKT initiates a series of steps - that leads to the translocation of vesicles containing the glucose transporter, GLUT 4. The vesicles move to the cell surface, where they fused to the cell membrane.  Once translocated, to the membrane, GLUT 4 transports glucose into the cell, where depending on the cell types, it can be stored, or used for energy.

In Type-1 diabetes, insulin production is absent or diminished. And the signaling cascade - cannot occur. As a result, glucose remains outside of the cell. To treat, Type-1 diabetes, insulin may be delivered - by injection, initiating the signaling pathway, and allowing glucose to enter the cell, restoring homeostasis.
In contrast, individuals with Type-2 diabetes, don't have diminished or absent insulin production. Instead, the signaling cascade downstream of the receptor is impaired. This reduced response to insulin in the cell.
Learn all the more info Physiology